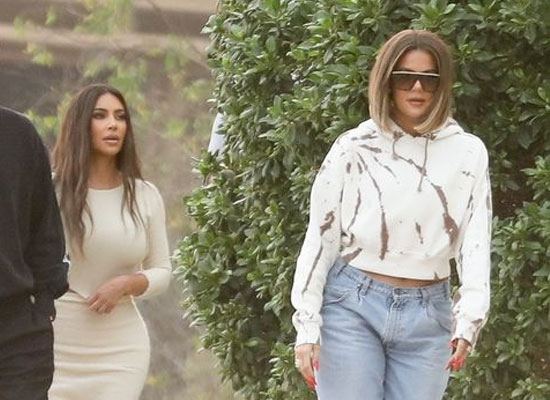 Hollywood's well-known stars Kim Kardashian West, Khloe Kardashian and Scott Disick were spotted filming Keeping Up with the Kardashians together on Friday, just three days after pronouncing that the reality show was ending after 14 years.
The trio was photographed shooting at a beach in Malibu, California, with Kim, 39, opting for a monochromatic cream ensemble while Khloé, 36, rocked a tie-dye sweater and jeans. Meanwhile, Disick, 37, wore a black top with matching shorts. A source told People magazine that they only filmed at the beach for a few minutes due to the smoke from the California wildfires.
“Kim and Khloé are happy to be filming for now. They all had some conflicts before they decided to ultimately stop production of KUWTK,” the close media source revealed. “But everyone seems okay with the decision now.” “They will all continue to film the last season, including Rob [Kardashian]. They want to make the season memorable for their fans,” the insider further revealed.
The final season of Keeping Up with the Kardashians is likely to air in 2021.