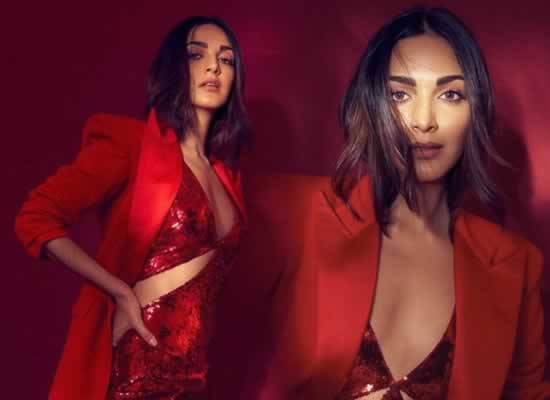 Presently, Kiara Advani is readying for the release of her forthcoming horror-comedy movie, Bhool Bhulaiyaa 2 with Kartik Aaryan and Tabu, which is scheduled to release in theatres on May 20. The Kabir Singh actress has been a part of several remakes and chatting about the same, in a latest media chat with a daily, Kiara revealed that she will have to think twice before doing any remakes in the future as most of the movies are available for the viewers to watch on the OTT platform.
Futhermore, she revealed, "I’d do Kabir Singh eyes closed, hands down, but today even I’d think twice to do a remake if it is available on an OTT platform because I feel I can watch it." The  M.S. Dhoni: The Untold Story actress told that she watches many dubbed movies in other languages. "But if there is an adaption, where we’re taking the story, but making a few changes in the storyline, because, at the end of the day, the point is to see how many people, who haven’t seen the film, and take it to a larger audience," she further added. Kiara also said that Bollywood is not backing on South films and she feels that it is about telling a good story to the viewers.