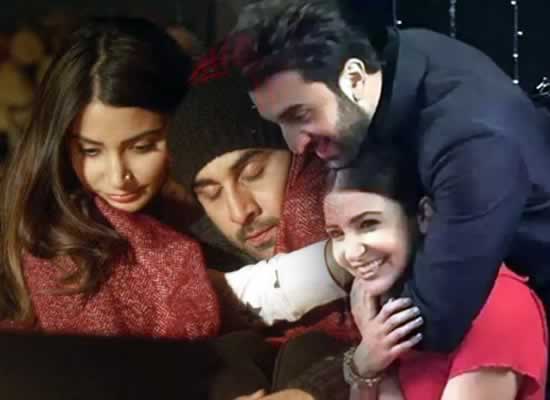 Ranbir Kapoor has been making news due to his forthcoming movies Shamshera and Brahmastra. Recently, Ranbir joined an entertainment portal for a rapid question and answer session. During this, he opened up on a lot of things, including his favorite co-actors, and Anushka Sharma is one of them.
In a media chat, Ranbir was questioned who is his favorite co-actor. Responding to this, he named Saurabh Shukla, with whom he has shared screen space in three movies namely, Barfi, Jagga Jasoos, and now in the upcoming movie Shamshera. He further added that if he were to mention his favorite leading lady, it would be Anushka Sharma. Ranbir shared, “We’re really close friends and we annoy each other a lot, we keep fighting. We have good creative energy.”
Earlier, Ranbir and Anushka have shared screen space in movies like Ae Dil Hai Mushkil, Bombay Velvet, and Sanju.