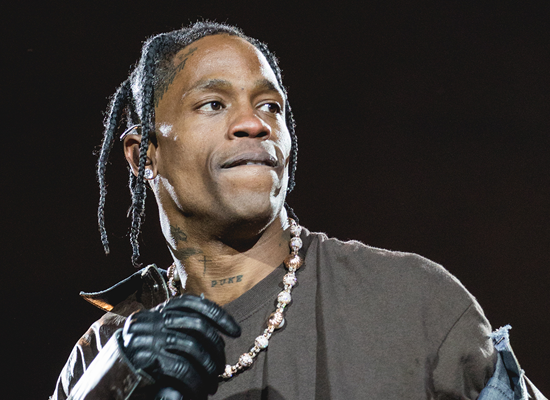 Hollywood biggie Travis Scott expressed he is "devastated" following the death of eight people during his Astroworld performance in Houston due to crowd surge. The famous rapper has been doing everything in his might to help out the victims' families and it was recently confirmed that he will be covering the funeral costs of the eight victims of the tragic incident.
Scott had already declared that he will be refunding all the attendees at the Astroworld show and also canceled his upcoming Las Vegas show. In a recent announcement, the rapper is also joining hands with BetterHelp, the noted online/phone-driven therapy service to offer free sessions to festival attendees who were left traumatised following the tragic incident.
The Astroworld festival held at Houston’s NRG Park on November 5, witnessed a tragedy after eight people ranging in the ages 14 through 27 died as a result of the stampeding crowd and other alleged negligence at the event.