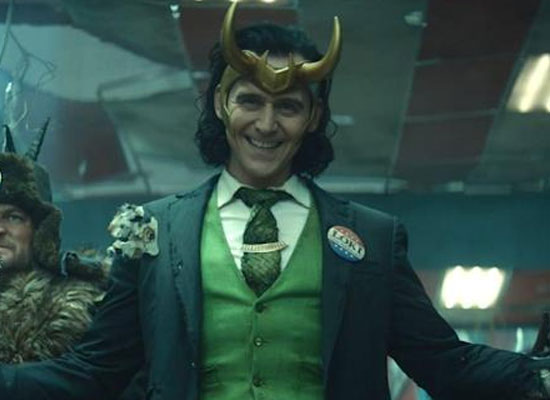 Recently, Loki's virtual Global Press Conference just a few days before the first episode dropped as Tom, Owen, Gugu and Ravonna along with Loki director Kate Herron, Loki head writer Michael Waldron and Marvel Studios President Kevin Feige talked openly about the six-part series. As Loki is a misunderstood MCU villain, Tom was questioned what he hopes the audience will take away from the God of Mischief's extended story and growth on the show.
Tom Hiddleston revealed, "That's a great question. What I love about the series is Loki is stripped of everything that's familiar to him. Thor is not close by. Asgard seems some distance away. The Avengers, for the time being, aren't in sight. He's stripped of his status and his power.  And if you take all those things that Loki has used to identify himself over the last six movies, what remains of Loki? Who is he within or outside all of those things? And those questions became, for all of us, really fascinating to ask. What makes Loki, Loki? And if there is something authentic or something that at the center of him, can-is he capable of growth? Is he capable of change? And is he-do his experiences within the TVA (Time Variance Authority) give him any insight into who he might be? This mercurial shapeshifter who never presents the same exterior twice. Yeah, I thought-hope the audience get a kick out of where we take it."
Furthermore, Tom was questioned on what has surprised him most about Loki's incredible fanbase. To this, Hiddleston humbly responded, "I am-there's no question that the reason I am allowed to continue to play him is because he clearly means so much to so many people and for so many different reasons. And that is incredibly gratifying for me. And I see that as a big honour. And over time, I've been made aware of the different things that he represents for people."
He further told, "Some people enjoy his playfulness and his spontaneity and that inherent sense of mischief that he has. Some people enjoy his kind of quality as an antagonist. Some people probably can't stand him. I don't know. [laughs] But I know there are some people who are drawn to his vulnerability underneath all those layers of charm and charisma and playfulness is a kind of vulnerability, I suppose."