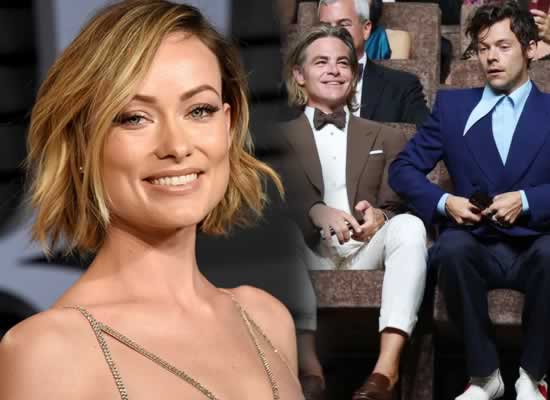 Filmmaker Olivia Wilde's forthcoming directorial Don't Worry Darling has been in the middle of controversies since the beginning. The movie's premiere event at Venice Film Festival became the talk of the town after numerous theories floated around on the internet regarding the lead cast's equations and also Harry Styles' "spitgate" incident with Chris Pine.
For the information, a video from Don't Worry Darling's screening went viral on social media where followers believed Harry spit on Chris Pine before taking a seat beside him at the premiere. The rumoured incident soon started trending on the internet as "spitgate." While Pine soon released a statement calling the claims "ridiculous", Harry joked about the rumour at his New York concert.
Lately, Olivia Wilde who has been promoting the movie appeared on The Late Show with Stephen Colbert and finally broke her silence on the incident. In a teaser clip of her Late Show appearance, Wilde talked about the "weird rumours" surrounding her movie and also addressed "spitgate." When questioned if Harry really spat on Chris, Wilde couldn't hold back her laughter as she denied it saying, "He did not."