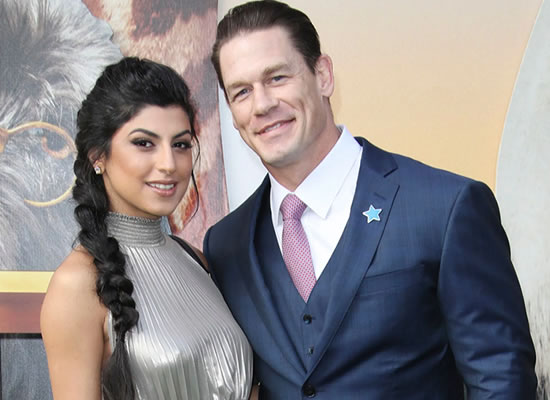 After well-known ex couple John Cena and Nikki Bella's unfortunate split, the former WWE couple moved on with their love lives. While Nikki found love with her Dancing with the Star pro-partner, Artem Chigvinstev, John fell hard for product manager, Shay Shariatzadeh.
As per a media tabloid, John Cena embraces his softer side when it comes to his ladylove and spoils her with romantic gifts, which include flowers, jewellery and sports cars. "In John’s eyes, Shay is the whole package. She’s beautiful, intelligent, kind, independent and family-orientated and there’s rarely any drama between them," a source revealed to a tabloid. Furthermore, Cena's connection with Shariatzadeh is said to be "much easier," than his six-year relationship with Nikki Bella.
Conjectures were also widespread that John and Shay are planning to get married when the latter was spotted wearing a possible engagement ring.