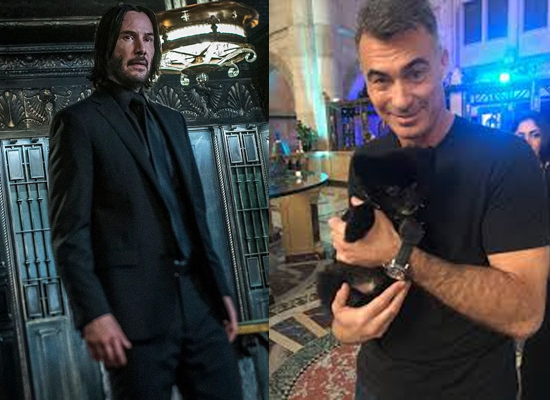 Due to Coronavirus pandemic, filming of many projects have been brought to a halt and release dates have been changed. John Wick 4 is one of those numerous projects that have been delayed due to the Coronavirus outbreak. The Keanu Reeves starrer has been postponed to May 2022. The fourth movie in the franchise starring Keanu Reeves has kept the plot under wraps. But, director Chad Stahelski has shared an update about a few scenes in the film.
In a media chat, the filmmaker disclosed that he will be borrowing a few scenes from John Wick 3 aka John Wick: Chapter 3 — Parabellum. In a chat with a media source, the director disclosed that these are scenes that were shot for the third movie in the franchise but the flick did not have room to incorporate it. The director feels these chopped scenes would fit in the fourth John Wick film.
"We had a couple of overlapping thematics, and I stripped it down to the bare essentials. There were two action sequences that we had really kind of conceived, but we just didn’t have room for them. So, we pulled them from the movie," he clarified.
"So, we pulled them from the movie. And I’d like to think that 90 percent of what I pulled, there’s a place in John Wick 4 that I can definitely reinsert them," Stahelski further added.