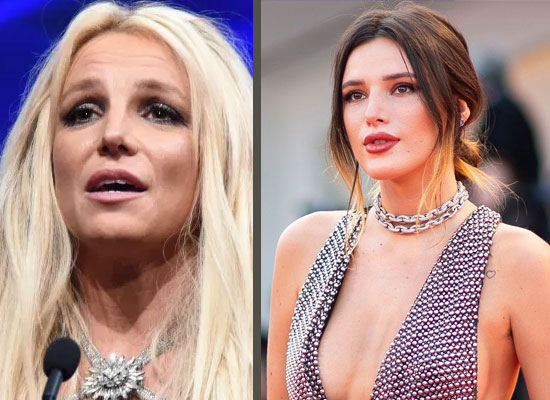 As we all know that the former Disney star Bella Throne doesn't shy away from addressing real issues that affect the lives of people. Bella has openly shown solidarity by speaking up on the Framing Britney Spears documentary, which shook Hollywood to its core by drawing light on debated topics.
Recently, the former Disney star condemned all of the unjustifiable treatment that Britney has received over the decade and believes that “we are all part” of the problem.
During a media chat, she disclosed that she was concerned about Britney’s mental health. Bella also told that more should be done in order to help Britney through her conservatorship. Expressing how awful she feels about the pop star dealing with media negativity and constant criticism, Bella revealed, “Everything I was looking at made me really, really, really sad knowing that this was happening, knowing that this still happens, knowing that we’re all a part of this, that we all did this to her.” Bella also admitted that she relates to Britney’s emotional rollercoaster since she’s been on it herself.