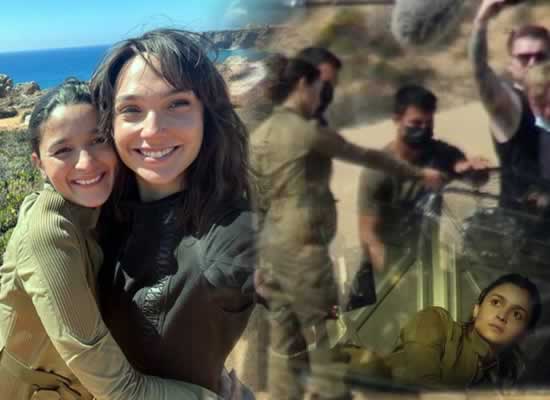 Bollywood actress Alia Bhatt is all set to make her Hollywood debut with Heart of Stone. After performing inspiring acts in Bollywood, the Sadak 2 actress will be sharing screen space with Gal Gadot and Jamie Dornan in the forthcoming film.
Recently, while the actress announced her pregnancy after tying the knot with Ranbir Kapoor, Alia in her latest media chat talked about shooting for her Hollywood actioner amid the same. Talking about shooting Heart of Stone, she revealed, "It was my first Hollywood big English picture experience and I had quite a task at hand because I was shooting for the first time an action movie But I’m also pregnant so there were so many layers for me to deal with. But they made it so seamless and so easy and so comfortable for me. It’s something that I will never forget because of how beautifully and how well I was treated", via a media daily.
Furthermore, she spoke about her experience of teaming up with Gal Gadot and Jamie Dornan who also play lead roles in the movie. Alia described her filming moments with them and said that she had a "lovely time."