Tara Sutaria to reveal about her next Tadap with Ahan Shetty! Tue February 18th, 2020 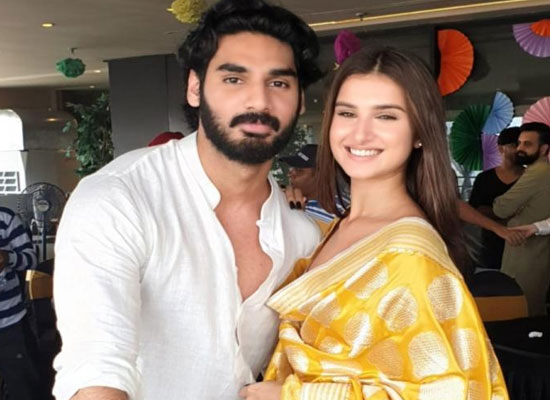 Bollywood's newbie Tara Sutaria started her Bollywood career with Karan Johar's Student of the Year 2. In her last outing Sidharth Malhotra starrer Marjaavaan, Tara played a mute character. In spite of having no dialogues in the film, she spoke loud with her expressions. In a media chat, Tara discloses that she aims to reinvent herself with every movie.
After Marjaavaan, Tara is all set for the Hindi remake of Telugu hit RX 100, titled Tadap starring along with Suneil Shetty's son Ahan Shetty. Tadap has been shot in Mussoorie, where Tara also shot for her first movie Student of the Year 2, she recalls. Tara discloses that she is going to do something different in her film that the audience does not expect of her.
Tara also wishes to dip her toes into other aspects of filmmaking. The young actor does not want to limit herself to acting and aims to explore more.