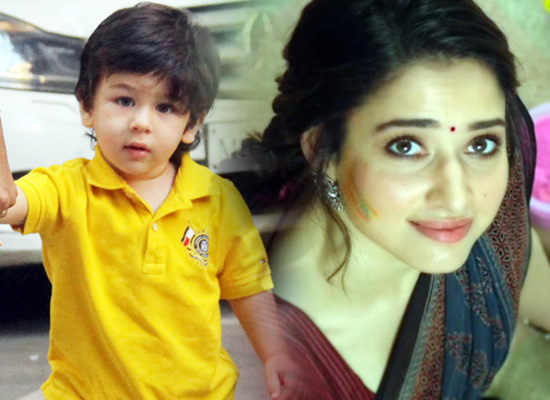 Taimur Ali Khan is the beloved star kid in Tinsel Town. Everyone just loves this kid. Beside parents and paparazzi, Taimur's fan list has a new entry and it is none other than Tamannaah Bhatia.
In a latest media chat, Tamannaah had played a special segment with them called 'What's on your mind'. In this segment, the actress had to say the first thing that pops up on her mind on seeing or hearing a certain word.
When stated about Taimur's viral videos, Tamannaah hurriedly replied that he is just too cute. He looks like a little muffin. When further questioned the actress whether she follows the paparazzi videos of Taimur on Instagram. To this, she revealed she doesn't know if there was a miniature version of the prince. She thinks he knows he is the prince, he has it, he is, why not.