Shikha Talsania opens up on working with Varun and Sara in Coolie No 1! Tue September 17th, 2019 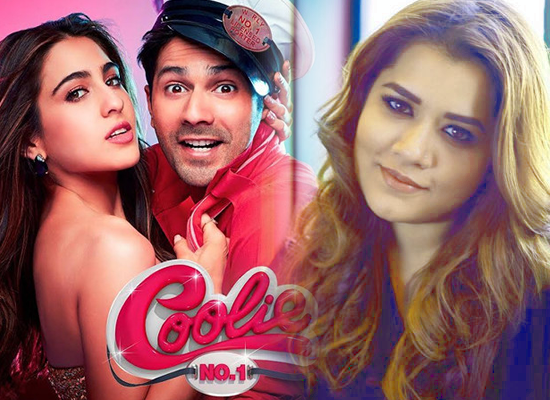 Apart from Varun Dhawan and Sara Ali Khan, Coolie No 1 remake will also star Tiku Talsania's daughter, Shikha Talsania. Her father was a part of the 1995 film and hence, it is a special one for her.
In a latest media chat, Coolie No 1 actor Shikha opened up about her role in the movie and also talked about Varun Dhawan and Sara Ali Khan. Shikha was last seen in Veere Di Wedding and her role was appreciated. Now, as she bagged the project, she stated that it was really special to her and that she was elated to be a part of Coolie No 1 remake. Shika got candid about Varun and Sara and stated that they are really funny, chirpy and energetic and she has had a great time shooting so far.
Shikha revealed “Both of them are so energetic and their energy is infectious. Both are funny and chirpy in their own way. They are down to earth actors and are easy going." About her role in the movie, Shikha stated that she plays an important role in the film and will be a surprise package in the film in a fun way.