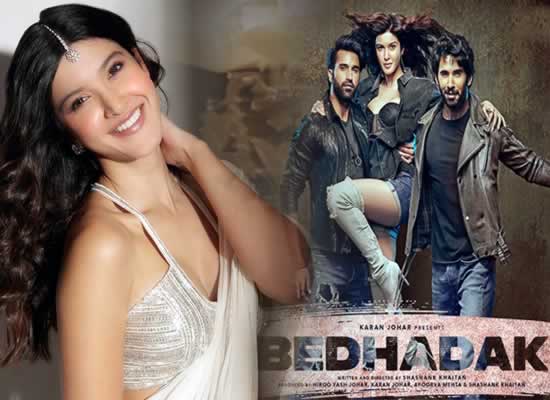 Now, another star kid Shanaya Kapoor is gearing up for her debut film Bedhadak. Daughter of actor Sanjay Kapoor and Maheep Kapoor is making sincere efforts on a daily basis to ace her role in the movie. Presently, she enjoys a huge social media following prior to her Bollywood movie debut.
Recently in a media chat, Shanaya disclosed that she has mixed bunch of emotions while moving forward towards realizing her dream. She revealed, “I’m both nervous and excited. Nervous because it’s important that I do the best job and because it isn’t just a first film, it’s the first step towards hopefully a long and varied career. And excited because I’m finally a step closer towards realizing a dream I’ve had since childhood. It’s a mix of all kinds of emotions. Gurfateh, Lakshya, and I have prepped a lot for it, and it’s a very special film for the whole Bedhadak team. It’s very close to my heart! I’m extremely grateful to have gotten a film like Bedhadak."
Furthermore, the debutant actress revealed, “I am very excited; it’s not a typical ‘launch’ as perhaps people would expect. It’s a solid story about 3 youngsters, and the character is quite challenging - I’m preparing for it. I’m grateful for the opportunity and I’m working very hard to prove that I deserve it."
Shanaya further told, “I want my performance in this film to make people feel that I earned this opportunity- that I didn’t waste it or that I didn’t take it for granted. I’ve worked very hard and I will continue to - it’s not even something I want to keep repeating because that is the job - you’re meant to work hard, and I have. I hope people recognize that when they see my work."