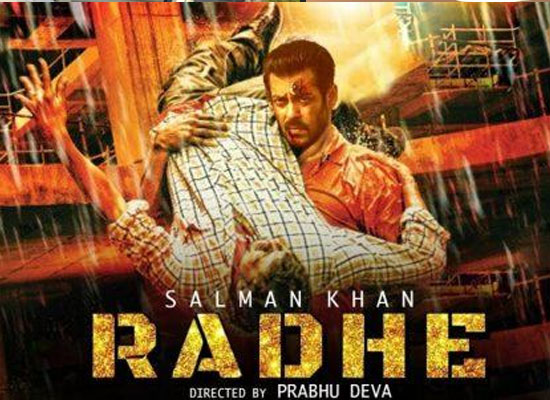 As we all know that Salman Khan's Radhe: Your Most Wanted Bhai was delayed due to COVID-19. The movie's production came to a halt due to the lockdown. As per media report in a daily, the actor is set to resume filming for the film in Mumbai starting the first week of October.
A source revealed that Salman is expected to film the first episode of Bigg Boss 14 on October 1 following which, he will make his way to Mehboob Studio, in Mumbai, to film Radhe. A close source revealed, "It’s a short schedule of 10-12 days at Mehboob Studio in Mumbai. The shoot also includes a song featuring Salman and his leading lady, Disha Patani. The antagonist, Randeep Hood along with Jackie Shroff, who has a strong supporting role, will also be a part of this schedule.”
Even though the filming had come to a standstill, Salman was in continuous touch with director Prabhudheva during the lockdown. It was earlier stated that the duo was working with a team of post-production unit to edit and assemble the material that was shot. Now a media source tells further that the filmmaker is scheduled to arrive in Mumbai and join the cast to wrap the film's making. As per the COVID 19 guidelines, the director will have to quarantine. Given these rules, Salman and Prabhudheva are working out the dates of his arrival.
"There may be a delay of a day or two, depending on the exact date of Prabhu’s arrival, but the studio has been blocked and set construction will begin in the next few days,” a close source revealed.