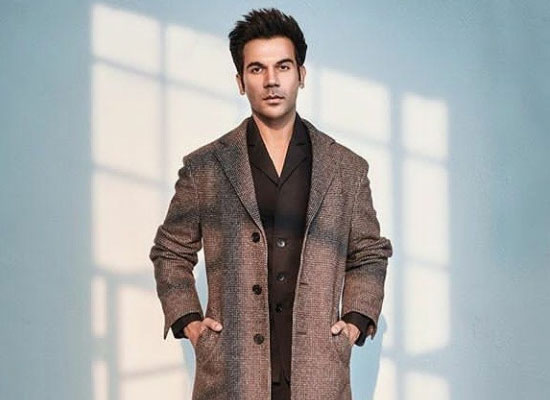 Presently, Bollywood star Rajkummar Rao is gearing up for the release of his forthcoming movie Roohi. This horror-comedy is helmed by Hardik Mehta and produced by Dinesh Vijan and Mrigdeep Singh Lamba. Earlier, the Love Sex Aur Dhokha star has worked with Dinesh Vijan for the 2018 hit movie Stree.
Now, in a media chat, Rajkummar Rao has spoken about playing diverse roles, talented new actors and demolition of the star system in 2020.
Speaking about working in Dinesh Vijan’s horror comedy films, he revealed he was Vicky in Stree, and in Roohi, he will play a character called Bhanwra. “Dinoo’s bigger plan is to have a film or two with both characters. So, it sounds like a double role is in the offing,” he further added. Rajkummar, who was last seen as Alu in Ludo and Ashok in The White Tiger, has also talked about essaying diverse roles and taking risks. He told that Stree was a path-breaking movie. So when Roohi came along, he knew he had to do it. He also revealed that they didn’t expect Stree to fare as well as it did.
Rajkummar also clarified that films are not about formulas and thus, he doesn’t look for films where he is in the lead. “I read a script and think, ‘Do I want this in my filmography?’ Ludo was an ensemble film. I am secure and never feel the need to replicate others’ trajectory,” he further added.
He further added, “I did Bose in 2017 and know the investment required for a series. I shaved my head, gained 15 kilos and shot for 7 months. Playing Netaji was an honour for me. The audience now respects unique stories.”
Speaking about the demolition of the star system in 2020, Rajkummar revealed, “Superstar systems will stay - Hrithik, SRK, Salman, Akshay… the frenzy they have enjoyed is a reflection of a bygone era.” He further revealed that content is becoming the star as the viewers now respects unique stories and as an industry, they are collectively working towards it.