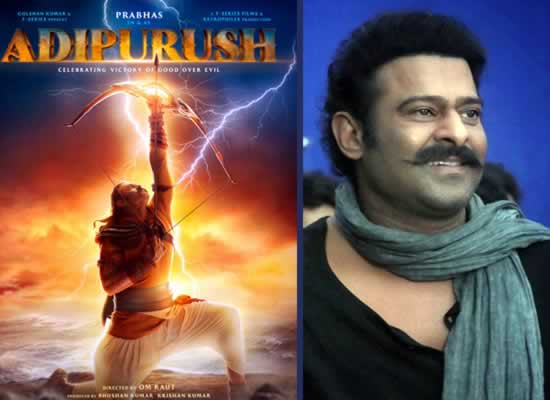 The teaser of Prabhas's much-awaited mythological epic Adipurush is finally out. The teaser of the movie received a grand launch on the bank of Sarayu in Uttar Pradesh’s Ayodhya. In the movie, Prabhas essays the role of Lord Ram, while Saif Ali will be playing the role of the antagonist, Raavan. Adipurush is directed by the National Award-winning filmmaker Om Raut, who promises a visual treat to all. The movie, which is an adaptation of the Hindu epic Ramayana, also stars Kriti Sanon and Sunny Singh in key roles.
Recently, about his role in the Om Raut directorial, Prabhas disclosed that he was scared about essaying Lord Ram. He was quoted as saying “I was really frightened about the role. We have done this film with a lot of love and dedication.” The movie is produced by Bhushan Kumar and Krishan Kumar of T-series, Om Raut, Prasad Sutar, and Rajesh Nair of Retrophiles.
The movie is slated to release on January 12, 2023.