Kartik Aaryan opens on the negativity around him post his exit from Dostana 2! Thu November 18th, 2021 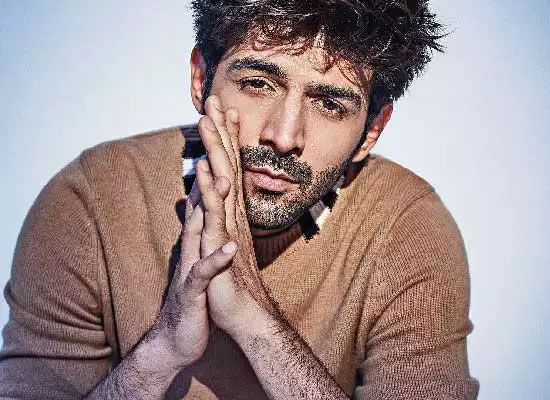 Bollywood stars Kartik Aaryan and Janhvi Kapoor were the lead cast in Karan Johar's ‘'Dostana 2'. Previously, Dharma Productions officially announced that Kartik is not a part of the movie anymore and his part will be recast. Both Kartik and Karan did not open up about the former’s exit from the movie but in a recent media chat with a RJ, Kartik broke his silence about the fallout. Kartik revealed openly about the controversy surrounding the actor at the time considering numerous media conjectures were doing the round that he has been replaced from other movies as well.
Speaking about the negativities surrounding him, Kartik stated that negative stories affected his family. Luka Chuppi star revealed, “A lot of times you ask yourself, ‘Why is this happening?’ But more than myself, I feel for my family, because they don’t belong to this world. I belong to this industry, so I know that as long as you concentrate on your work, nothing else matters. But my family gets affected, and that’s the only thing I get worried about. Other than that, it doesn’t matter. I know that my work will always speak volumes. If I fall short on that front, I want to improve myself.”
On the work front, His latest release ‘Dhamaka’ directed by Ram Madhvani will premiere on Netflix on 19 November.