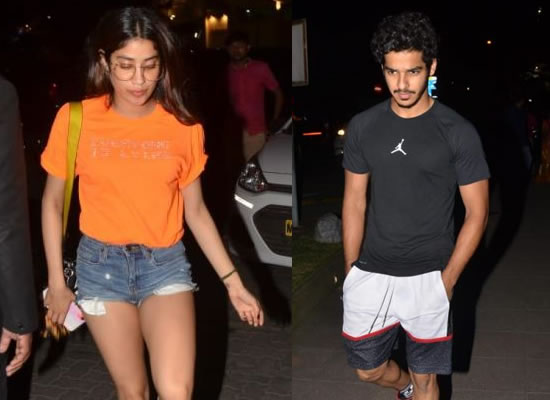 Bollywood's new friends Janhvi Kapoor and Ishaan Khatter were highly admired for their act in the film Dhadak which was released last year. Both of them also maintain a good relationship with each other and are often spotted together at numerous occasions.
Janhvi Kapoor and Ishaan Khatter have been clicked together again by the paparazzi as they met each other for a dinner date. Janhvi Kapoor looked astonishing as she wore an orange top teamed up with a pair of denim shorts and matching shoes. While, Ishaan Khatter kept it simple as he wore a black t-shirt with grey and black shorts along with matching shoes.