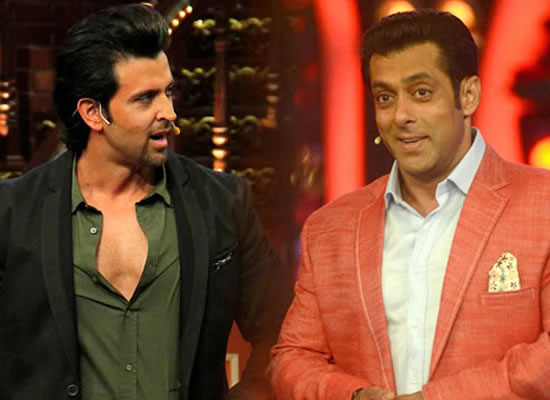 Fans were saddened after the much-hyped, Salman Khan and Alia Bhatt starrer Inshallah was put on the backburner by Sanjay Leela Bhansali. While numerous were eager to see Sanjay and Salman teaming up, things went downhill after the tweet by the latter that Inshallah might not release on Eid and another movie of his will be coming out on the same date. Later, Bhansali’s production house tweeted about shelving the Inshallah for now. Since then numerous conjectures have been rife about the Alia Bhatt starrer.
Recently, a chirpy Alia stepped out from Sanjay Leela Bhansali’s office which gave way for speculations that the movie might be happening again. Now, as per a report in a daily, a source revealed the daily that lately Hrithik Roshan met up with Sanjay Leela Bhansali. Though the source didn’t confirm why the meeting took place, the report specified that it might just be for Sanjay’s film, Inshallah. Though no official word has been received from Bhansali’s office about Inshallah, Alia’s happy exit from his office lately has added to the curiosity.