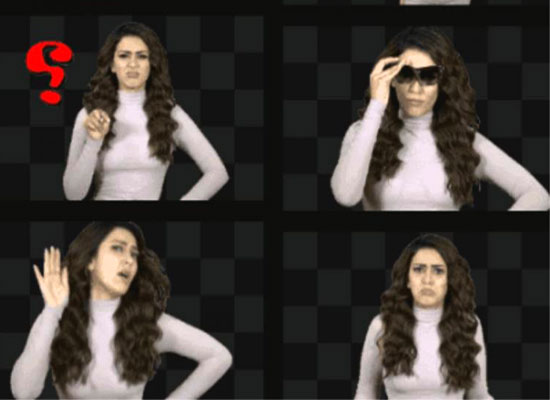 South siren Hansika Motwani has now got her own set of GIFs. As per recent buzz, Hansika is the first south actor to have her own set of custom GIFs on social media platforms. Speaking to a daily about the same, she revealed that about 270 exclusive GIFs were uploaded and she has been working on it for about four months.
Motwani was quoted as saying by the daily, “I like interacting through expressions and I love using GIFs. So, my team said I should think of having my own GIFs.  We’ve been working on it for four months now. Until yesterday, about 270 of the GIFs have been uploaded and we’ve got over 53.5 million views. My team worked together with an online GIF database on this. It might look easy, but the minute you are in front of the camera, you don’t know where to start and what to do.”
On the film front, Hansika will be next seen in Maha.