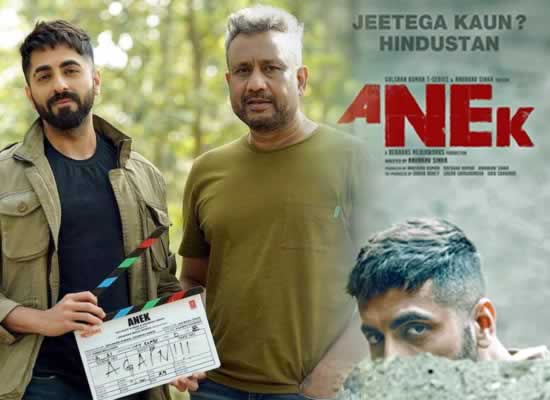 Bollywood actor Ayushmann Khurrana will soon be collaborating again with his Article 15 director Anubhav Sinha for Anek. The movie which revolves around the country's north-east tensions and people, will see the actor-director touching upon yet another social issue.
In a media chat, Ayushmann talked about doing an important film like Anek as well as his love for Fahadh Faasi and Malayalam cinema.
Talking about striking a balance at the box office, Ayushmann revealed, "Dream Girl, Badhaai Ho, and Bala were light-hearted films. An Action Hero is a commercial film. You have to do commercial cinema so that cinema like Anek and Article 15 would find support. You get courage from your commercially successful films to do films like Anek and Article 15. That balance is very important. Of course, you can’t view Anek through a commercial lens. This is not a 100-Crore film. It’s an important film."
When quizzed what does he love watching, Ayushmann added, "I watch all kinds of cinema. I love watching Malayalam cinema. I am a huge fan of Fahadh Faasil. His films are not commercial per se. He listens to his heart. I listen to Malayalam songs, Bengali songs. So, I think every genre of cinema is important. You need to know more about your country than knowing about world cinema. You need to know the people you are trying to connect with."
Directed by Anubhav Sinha, Anek is set to release in theatres on 27 May, 2022.