Aamir Khan opens up on why Hindi films are not doing well at the box office! Fri August 05th, 2022 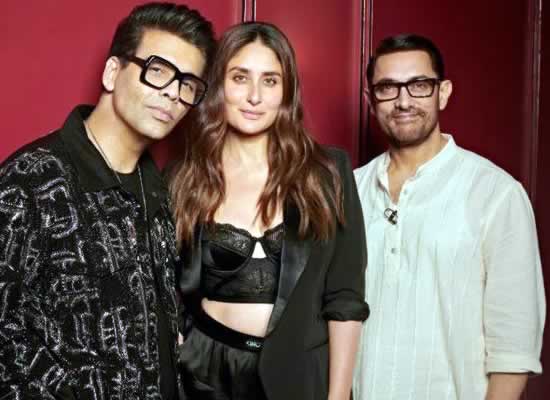 Aamir Khan starrer film Laal Singh Chaddha is already making headlines as the movie nears its release on 11th August, 2022, on the occasion of Raksha Bandhan. Aamir Khan is returning to the big screens after a hiatus of 4 years. Director Advait Chandan returns as a director after his worldwide hit Secret Superstar. Recently, Aamir and Kareena appeared on the seventh season of Karan Johar’s talk show Koffee With Karan and talked in length about their forthcoming movie.
Karan Johar questioned Aamir Khan about what was going wrong with Hindi films and why they weren’t able to perform as well as the Hindi dubbed south biggies, namely Baahubali, KGF or Pushpa. After the question, Karan started ranting about why Aamir is responsible for the same, courtesy his path-breaking film choices from Dil Chahta Hai and Lagaan. Aamir Khan didn’t accept to be blamed for it and said all his films were relatable human films, made to stir emotions. He said that it isn’t just about action films and crude films but it is about relatability. He said that movies these days are not relatable to a wider set of audience and are generally meant for a niche segment. The Sarfarosh actor also told that there is nothing wrong to make a niche movie and every filmmaker has the right to make what they want. He personally prefers films that cater to a wider set of the viewers.