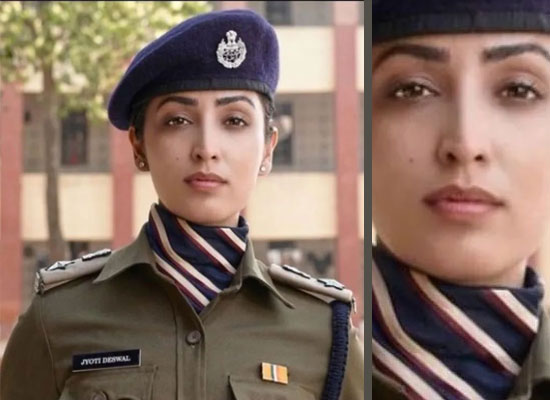 As we all know that pretty actress Yami Gautam has presently several big-budget projects. She is gearing up for the release of Pavan Kirpalani’s multi starrer movie Bhoot Police that also stars Saif Ali Khan, Arjun Kapoor, and Jacqueline Fernandez in lead roles. The gorgeous star has also bagged Aditya Dhar’s next production with Pratik Gandhi. In addition this, Yami also has Dasvi in her kitty.
Recently, Yami took to her Instagram handle and posted a glimpse of her character from the first day on the sets. In her caption, she also stated that she feels proud and honoured to play an IPS officer. Sharing her pic, the Kaabil star posted, “My first day on the set of #Dasvi playing #JyotiDeswal. Proud & honoured to play an IPS officer. #JaiHind.”  The Vicky Donor star can be seen clad in IPS officer uniform as she is seen looking straight into the camera for the picture-perfect.
Directed by debutant director Tushar Jalota, Dasvi highlights the importance of education in today's society. The movie has been produced by Dinesh Vijan's Maddock Films and Jio Studios.