Vicky Kaushal to share a glimpse of his preparation for Sardar Udham! Tue October 19th, 2021 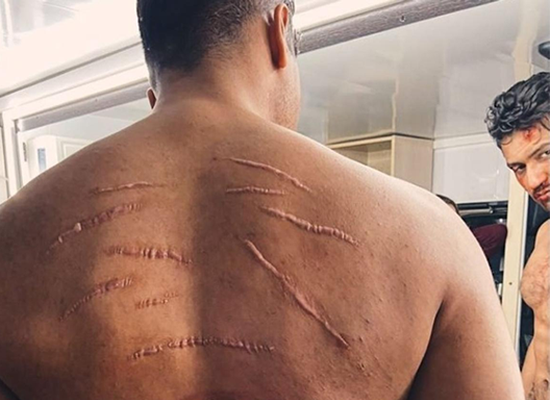 Now, film Sardar Udham has been released on the digital. The movie is receiving an awesome response from the viewers and Vicky Kaushal is being highly appreciated. Directed by Shoojit Sircar, the revolutionary drama is based on India's Independence Era. It shows the Jallianwala Bagh massacre which killed several Indians.
For the role, Vicky had to undergo a lot of changes. He prepared himself a lot and recently the Masaan star shared a pic on his social media handle where he is seen giving a glimpse of his preparation. He showed the cuts on his back. In the mirror, his small glimpse is also seen with blood on his face. The pic reminds the scene where he was arrested by the British for killing General Dyer who was responsible for the massacre.

Vicky captioned it as, “Cuts that didn’t make the cut. #SardarUdham @pgorshenin.”