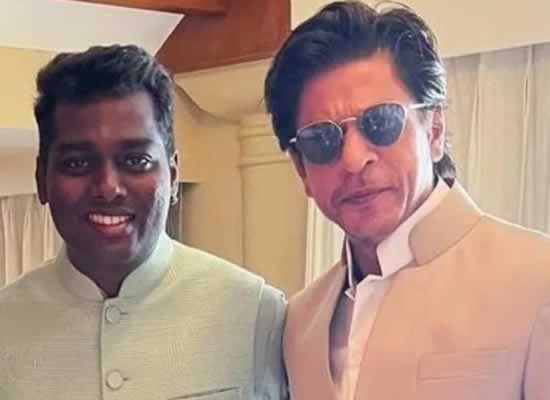 Shah Rukh Khan is one of the most versatile actors in the Indian film industry. On the occasion of him completing 30 years in the film industry, the Baadshah actor engaged in an #AskSRK session on Instagram where he tried to response fan questions.
In the #AskSRK session, SRK was questioned about his experience of working in Jawan. Shah Rukh acknowledged the presence of Nayanthara in the movie and spoke highly of his director Atlee. He said that he always wanted to do a kind of commercial movie he had never done before and that a movie by Atlee simply fit the bill. He revealed that everyone was well aware of Atlee’s movies which were outstandingly mass-oriented. Shah Rukh told, “Atlee and I have a good chemistry. I bring in some, he brings in some. And hopefully, whatever we have done of Jawan is thrilling and exciting.”
In the session, he also disclosed that his movie Pathaan was fully complete and it was in the post production stage. His movies Jawan and Dunki were about 60 percent complete, on the other hand. Earlier, on the occasion of SRK completing 30 years in Bollywood, he shared the motion poster of his much-anticipated movie, Pathaan.