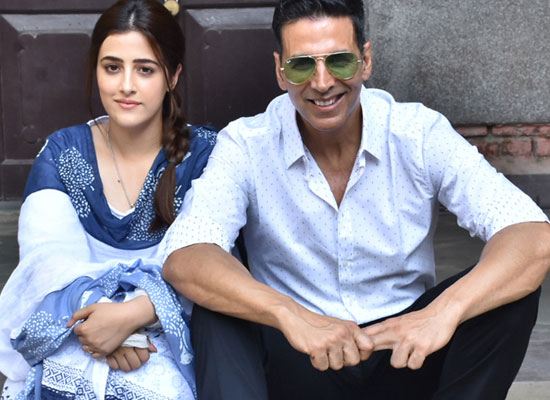 There were whispers that Mrunal Thakur would play the female lead opposite Akshay Kumar in Bell Bottom, but now I hear a star sister might debut in it instead!
As the story goes, Kriti Sanon’s chhoti behen Nupur was asked to do a look test for the 80s spy saga after her chemistry with Akki in the Filhall music video received universal appreciation. Long story short, the look test was good, and Ranjit Tiwari wants her to play the Khiladi’s on-screen wife. I’ll let you know if and when it’s official!