Neetu Kapoor talks about her comeback with JugJugg Jeeyo! Mon May 23rd, 2022 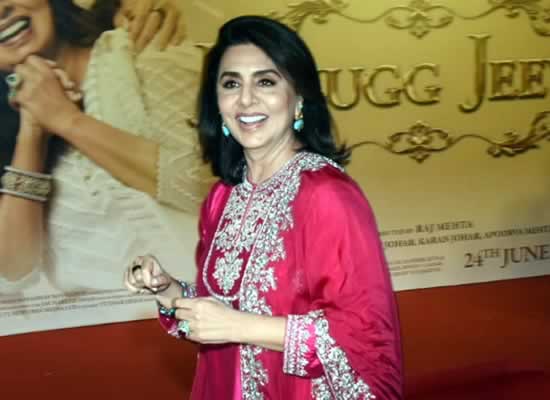 Veteran Bollywood actress Neetu Kapoor is all set to make her comeback with JugJugg Jeeyo. The Raj A Mehta family entertainer has been one of the most awaited movies of 2022. In this film, Neetu Kapoor will be seen sharing screen space with Anil Kapoor, Varun Dhawan, and Kiara Advani in the film. The veteran actress was last seen in the 2013 film Besharam, where she featured alongside the late actor and her husband Rishi Kapoor and their son Ranbir Kapoor.
During the trailer launch, Neetu Kapoor opened up on her comeback with JugJugg Jeeyo and told that Rishi Kapoor would be extremely happy for her. Neetu Kapoor told that the film has helped her come out of the circumstances she was going through, referring to her husband’s demise. She thanked her producer Karan Johar, director Raj A Mehta, and the entire cast for their support. She further expressed that the movie is extremely special for her and that she is proud of it.
Furthermore, she added, “I can't be thankful to anyone more than you Karan. You're the one who pushed me, told me that I have got to work. That has been the best decision for me. I'm sure he (Rishi) is going to be extremely happy. This movie is always going to be special because I'm coming back to Hindi films.”