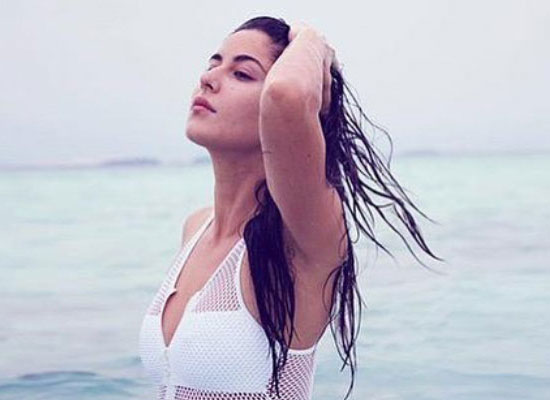 As we all know that now Katrina Kaif is one of the most avid users of social media platforms.  Her all social media posts have been a rage among the followers. Each of her Instagram posts manages to set the social media on fire and netizens can’t help getting swoon over her stunning looks. Now, Katrina has shared a spectacular throwback pic from her personal album.
In the photo, Katrina was seen nailing her beach look in a white bikini. Katrina was seen relishing the breeze by the beach side as she played with her hair exhibiting her no make-up look. She even captioned the image with the wave and blue heart emoticons respectively.
On the film front, Katrina who was last seen in Salman Khan starrer Bharat in 2019, is gearing up for a superheroine film with filmmaker Ali Abbas Zafar. Seemingly, she has also started working on the project and even posted a glimpse of the script from her upcoming film on social media.