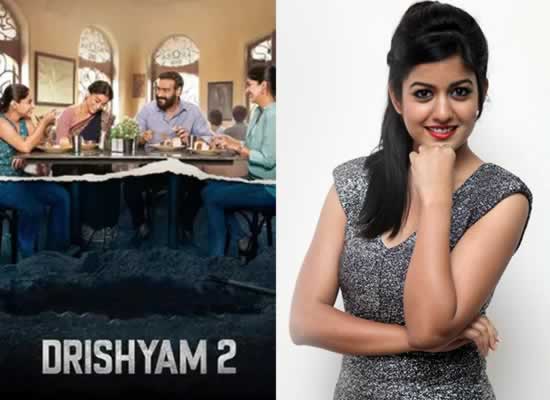 Promising actress Ishita Dutta is best known for her role in Drishyam. Now, she looks forward to her next movie Drishyam 2 starring Ajay Devgn and Tabu in lead roles. Earlier, Dutta made her television debut in 2013 with Star Plus's soap opera Ek Ghar Banaunga as Poonam and since then, she has been working day and night to realize her dreams by making a mark in the Hindi film industry.
About her role in next film Drishyam 2, she revealed, "I am very excited for 'Drishyam 2'. A lot of my fans and the audience have been asking me about the second installment of the film for a very long time. It's finally here and I am sure the audience will love everything the film has to offer.”
“I have done films earlier but a majority of the audiences remember me for my role in Drishyam. So, I am really grateful to be a part of this film,” Ishita further added.
Directed by Abhishek Pathak, Drishyam 2 is scheduled to release on November 18, 2022. It features Ajay Devgn, Tabu in key roles while Shriya, Akshaye Khanna, Ishita Dutta, Mrunal Jadhav, and Rajat Kapoor in key roles respectively.