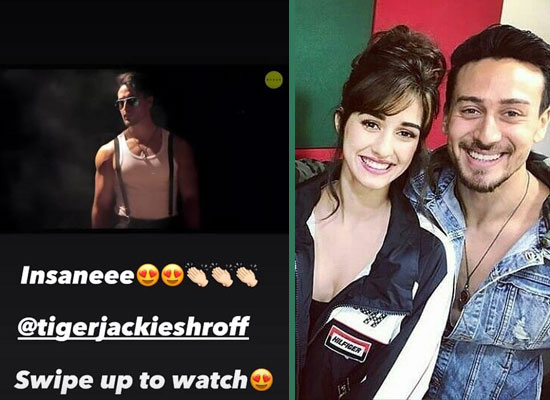 Recently, Bollywood star Tiger Shroff has been in the news over the past few days post his debut single Unbelievable released. Tiger dropped a dance cover on YouTube and left everyone, including Disha Patani captivated. Disha has been praising the actor recently on social media and often the two drop comments on each other's posts. However, when Tiger released a dance video, Disha went ahead and commented on it.
Tiger shared the video of his song's choreography on his social media handles. His smooth moves were amazing in the posted video. Viewing the video, Disha could not resist and posted the same on her social media handles as well. Disha posted it and wrote, "Insaneee," as she admired Tiger for his smooth dancing on the song.