Director Om Raut opens up about his opinion on Prabhas! Thu October 06th, 2022 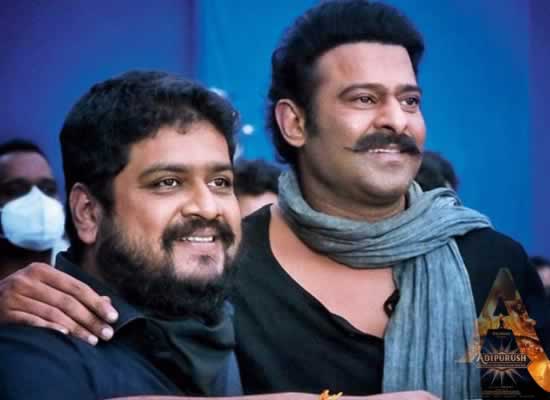 Recently, the teaser of the director Om Raut's movie Adipurush was unveiled on October 2 and has been making headlines across the country. Based on the epic of Ramayana, the movie stars actors Prabhas, Kriti Sanon, Sunny Singh, and Saif Ali Khan in key roles.
Director, Om Raut confessed that had Prabhas not been the in the movie, he would have not made the film.
“I always had Prabhas in my mind when I was writing Raghav’s character – it became so compelling for me. If it was not him, I would have not made the film,” Om Raut revealed to a daily.
In opinion of this development, Prabhas emphasized why did he say yes to the movie. “It was Om Raut’s intriguing screenplay and how it integrated the history and culture of India that compelled me to say a yes for the film.” The megastar added that the way the director has designed the movie is astonishing.
Raut highlighted about Prabhas’ role in the movie and explained on his working style. He revealed, “The way he has played it is divine. It’s extremely spiritual on many levels, yet at the same time, it’s a commercial flick. So, it has that crazy balance of playing to the gallery, obviously, like everybody does, but at the same time, we had to maintain the sanctity and purity of the character and stay within that boundary and try to achieve what we want to achieve.”
Produced by T-Series and Retrophiles, Adipurush is scheduled to be released at the theatres on January 12 next year.