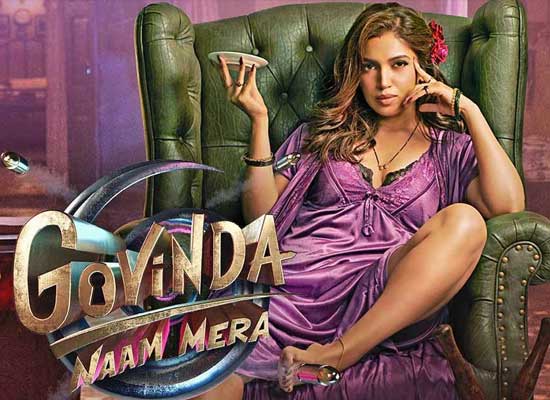 Now, Bollywood celebs Vicky Kaushal, Kiara Advani, and Bhumi Pednekar will be soon seen together in Govinda Naam Mera. The trailer has been released, the movie is helmed by Shashank Khaitan and backed by Karan Johar. As per new updates, this comedy entertainer will be released on Disney+ Hotstar on December 16. In the movie, Bhumi Pednekar is essaying the role of Vicky’s wife and her character name is Gauri Waghmare. The actress has been getting a lot of admiration for her acting and dialogue delivery in the comic thriller.
Talking about her role, Bhumi tells, “I’m actually thrilled that filmmakers can feel that I can really work hard and try and pull off any role that they offer me. That to me is the biggest validation for my work and my skill set as an artiste. My character in Govinda Naam Mera is me trying to do something disruptive again, trying to change it up again with each film and hopefully wowing people with my performance.” She further adds, “I hate to be put into a mould and I constantly look to challenge the status quo and do something subversive. I’m delighted that audiences are loving my character in the trailer. It’s just a tease of what to expect in the film. She is a firecracker of a woman; she is grey and I love her because she is just hilariously entertaining.”