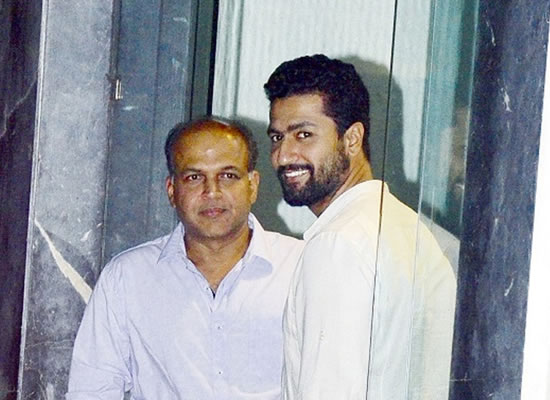 Vicky Kaushal has been frequenting Ashutosh Gowarikar's office of late, leading to rumours that they're teaming up for a film.
My khabru says Ashu wants the naya star to play the lead in a thriller titled Honeymoon, which will centre on a newlywed couple. The director has actually been planning the movie since 2016 and had originally approached Farhan Akhtar and Disha Patani to headline it. Three years later he’s hoping to tempt Vicky and Sara Ali Khan to take the project on. Time will tell if he gets his wish.