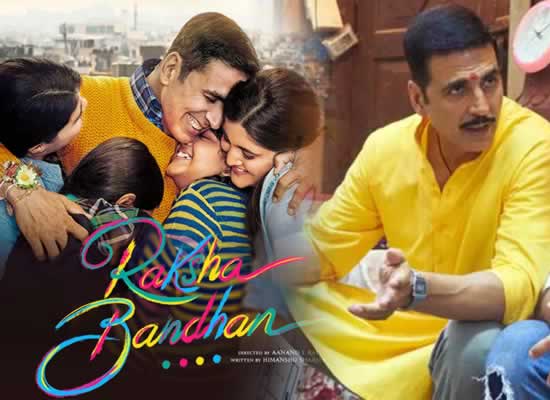 Evergreen star Akshay Kumar is the busiest actor in B-Town with more than half a dozen projects lined up for him after his next release, that is, Aanand L Rai's Raksha Bandhan co-starring Bhumi Pednekar. The trailer for the movie Raksha Bandhan received a heart-warming response for its novel concept pertaining to love for one’s sisters and its commentary on the skewed dowry system that still exists.
An outstanding trailer launch event for the movie was held in Mumbai and it was attended by Akshay Kumar, Bhumi Pednekar, Aanand L Rai, and the four sisters who play a key role in the film. The Entertainment star was asked about his inclination to work in message driven films. To this, Akshay responded, "While doing films, I just don't speak about the problem. I also look for solutions. There is a solution in Toilet: Ek Prem Katha, Padman and many more. Likewise, there is a solution to Dahej (Dowry) in this film. There is an answer to what we, and our society, should do. The film will give the solution to the problem."
When Akshay was questioned about his script selection, he revealed, “I like to deconstruct myself. I bring my image to a certain point and then break it to go to a certain point. I just want to challenge myself to get into a genre.”
Raksha Bandhan is slated to release on 11th August 2022.