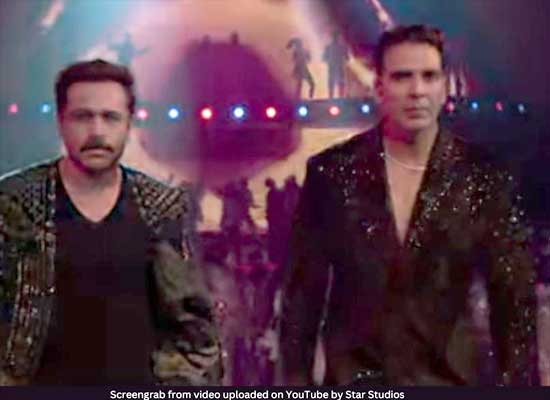 The official trailer for 'Selfiee' starring Akshay Kumar and Emraan Hashmi came out on Sunday and it looks all things fun. Apart from Akshay Kumar and Emraan Hashmi, the movie also stars Nushrratt Bharuccha and Diana Penty. The Raj Mehta directorial will tell the story of a film actor wanting a driving license urgently and how his ardent fan agrees on delivering it.
However, the plan does not go as desired and on the contrary, a feud ends up developing between them, taking a toll on each other's personal and professional lives.
The trailer first introduces Vijay, played by Akshar Kumar. He is seen doing some stunts alongside his female co-star (Mrunal Thakur). We then are introduced to meet Emraan Hashmi, who is a policeman and he along with his son are also superfans of Akshay's character.
Emraan's character along with his son just want to take a selfie with their idol, and when the opportunity comes to help him get a driving license, they jump at the chance. However, a misunderstanding leads the superstar to ill-treat Emraan's character and from there, a war erupts between the superstar and superfan.
Akshay Kumar is playing the actor named Vijay in the film. In the trailer, it was also clear that Akshay and Emraan would be having a dance-off on the recreated version of the song 'Main Khiladi Tu Anari'.
Click here for full story…