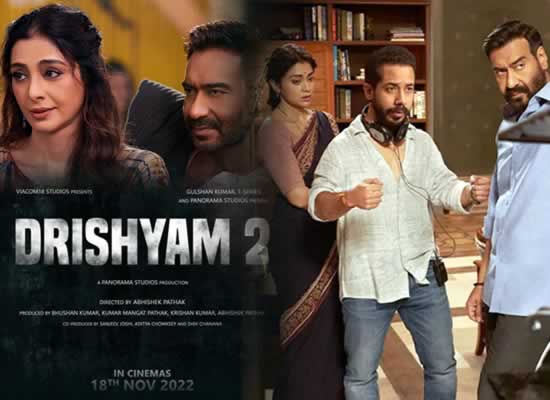 After hit murder mystery Drishyam in 2015, the makers will soon be back with the thrilling sequel. Recently, Drishyam's lead cast had an imperative announcement to make. Taking to social media, Ajay Devgn and Tabu announced that Drishyam 2 is all set to release in November.
Helmed by Abhishek Pathak, Ajay Devgn's much-admired character Vijay Salgaonkar will take us on yet another exciting journey this year. Promising to take it notches higher in thrill, drama and excitement, this sequel will take Vijay and his family’s story beyond imagination.
The thriller also features Ajay Devgn, Tabu, Shriya Saran, Akshaye Khanna, Rajat Kapoor, and Ishita Dutta. The team has been shooting for the movie since quite some time and filming wrapped in Hyderabad.
About the film, Ajay Devgn tweeted, "Attention! #Drishyam 2 releasing in theatres on 18th November 2022."