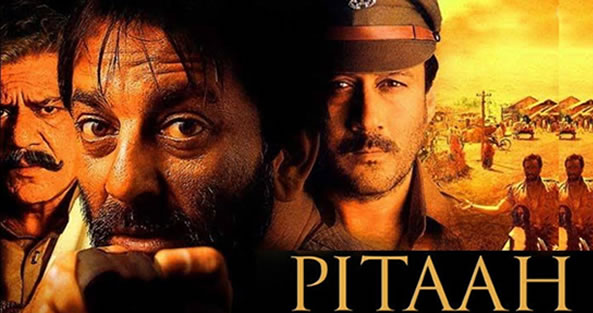 Plot: A small town in rural India gets to witness a confrontation between two fathers, one a rich, powerful, and cruel Zamindar Thakur Avadh Narayan Singh who wants the man who filed a police complaint against his two sons to be killed immediately. The other is Rudra, a poor laborer employed by Avadh, who wants justice when he finds out that his nine-year-old daughter, Durga, has been beaten and brutally raped by Avadh's sons, Bachhu, and Bhola.

His quest for justice is made harder due to a corrupt doctor, willing to change his medical report after he is bribed appropriately; and Police Inspector, Ramnarayan Bhardwaj, who is willing to drop any charges against Avadh's sons provided he gets his "dues" from the Thakur. These hardships force Rudra to take matters into his own hands and he kills the Thakur's sons when they arrive for there court date.
Rudra confronts the Thakur and apologises for his actions, he agrees to surrender himself to the police in return for his families safety. However, Avadh refuses to give in and Rudra kills his men. The Thakur himself is eventually killed by Rudra's wife Paro. Rudra then surrenders himself to the police and is given a six-month sentence. He is eventually released and reunites with his family, finally at peace.

An alcoholic professor is sent to a juvenile school, where he clashes with a gangster,.. more...
Home / Movies /Pitaah