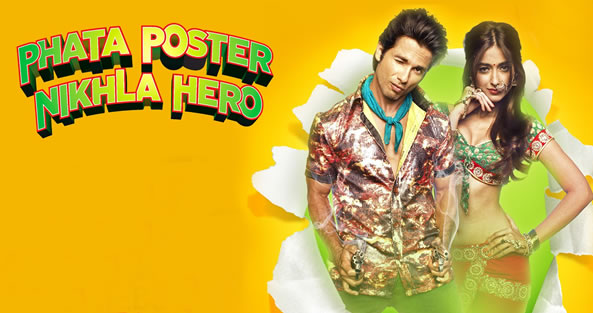 After Vishwas Rao (Shahid Kapoor) is raised by his Mother (Padmini Kolhapure), who apparently dreams of him becoming a Police Inspector. However, he has different plans in mind. Vishwas wants to become a film star. In Mumbai, after helping out a social-worker, Kajal (Ileana D'Cruz), whilst dressed as an Police Inspector for a photo shoot, she mistakes him as an Inspector, and he eventually plays along. Suddenly her mother arrives in Mumbai. How will Vishwas get rid of his troubles?

Rohan Bhatnagar (Hrithik Roshan) is a kind, happy young man who has been blind since.. more...

Film is set in the backdrop of Money, Power & Business. largely based on the Stock market. more...
Home / Movies /Phata Poster Nikhla Hero